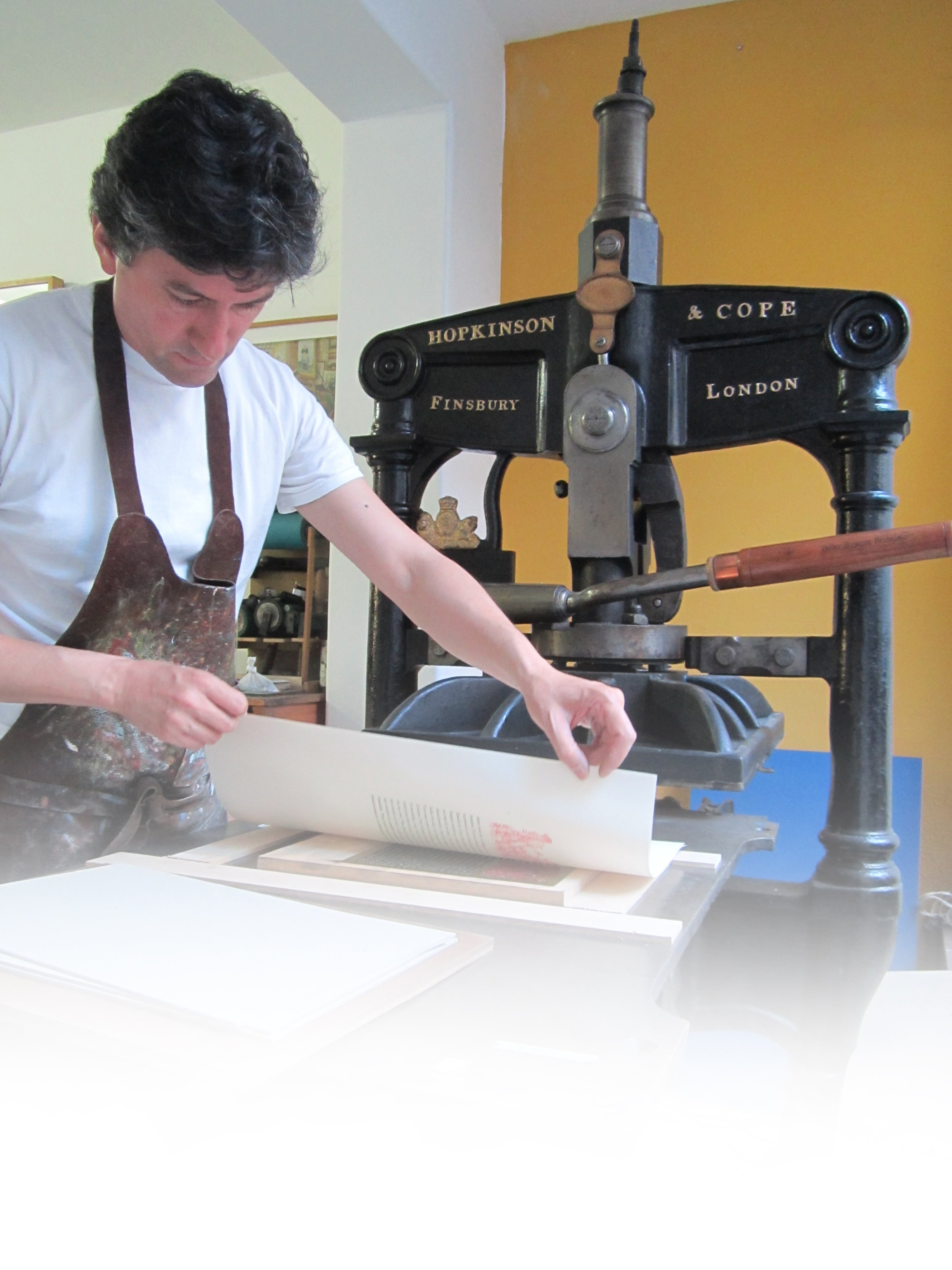 The artist Pedro Villalba Ospina graduated from the National University of Colombia in 1987 and has been in permanent practice of his profession, enriching it with experience in the area of restoration during the years of 1993-98. According to the artist, this was a time that laid the foundation for the development of the artistic work for One Hundred Years of Solitude in Etchings, based on the novel by Gabriel García Márquez.

A recent university graduate, Pedro Villalba Ospina continued a series of striking paintings with expressive workmanship which are titled Una sombra sobre el alma. After that, he left painting temporarily and focused on developing a piece which emphasizes drawing and engraving on wood; a phase of his work called Trinidad abismal. This work is concentrated on the interpretation of erotic-religious content in paintings from the Renaissance era. During this period, along with paintings in a large format, he produced a xylography of 6.70m x 2.10m, done on plaques of 0.35cm x 0.30cm wood and printed in puzzle form, with emphasis on the symbolism from this period. This piece is concluded with a video called Avalancha, in which a dramatic and violent character from the country is represented in a painful, realistic image of the destiny of people who have gone missing. After this period follows a series of drawings and leaflets in a medium format in which there is a continued emphasis on human gestures, drawn in the soft lines of lightly moistened oil paintbrush strokes. This experience enhanced the artist’s skill with spontaneous expression and direct etching techniques in linography and xylography. The art pieces done in this period are consequentially called Perfiles y Falsedades.

From 1993 to 1998, the artist executed the long and delicate work of restoring antique wood and paintings on wood of Chinese origins, from the XVII century Tsing dynasty. This encounter with the culture of China imposed a level of discipline with study and work, which concentrated his attention on representative elements and pictorial art from a seemingly distant culture. This work both fed and strengthened his inner desire over the course of many years to work on the masterpiece by Gabriel García Márquez. During this period he also executed two new projects; one is called Poema Cartográfico, a painting on wood; and the second one called Bosque Primario, in which he employs the technique of tempera, creating an image of a tree and its memory on tiny pieces of wood. This work, executed in 1997, is the first part of a pictorial trilogy.

If you require further information, please contact us at:
info@pedrovillalbaospina.com